The truth is not loud
It is not even true
It’s just there, to not
Even be there

And when I hold it and
Weigh it in my hand, it
Feels heavy and cold

I can see right through
And through into everything
And nothing, beyond

It took me a little longer than usually to put this one together. Lots of classics in it. Here’s the list:

Indefinitely Autumnous
My liver spotted, even
Though my grave was dug
Already dreadful, my
Penny drops but the spoils
Are never mine to keep

revruss1220 wrote about his spouse being critical about his chosen outfit. He didn’t protest the criticism, but instead went upstairs to put together a more color-coordinated ensemble.

He explains that, as he grew older, it became clearer to him that the need to wear ‘the right’ clothes wasn’t that important anymore. He felt the pressure of fitting in lessen. One, because he became more confident with himself, and two, because his faith taught him not to worry so much about the perceptions of others.

I never felt I had to fit in. In fact, I did my best to not fit in. Until I grew older also, and it became less important to try and always be at war with the world about everything.

I think it is because my older self is seeing the benefit of being a little more selfish. And selfish old me has noticed that a lot has to do with energy consumption and preservation.

It matters to me more, the amount of energy I have to put into something and what exactly I will get out of it. If the balance between the two is off, then I’d rather focus on something else when I have the choice. And I have seen that I have that choice much more often than I used to think.

On the day that I met you, I knew, no doubt about it

I got ninety-nine solutions and the blues got none…

A happy song for a sunny Sunday.

And when the glass
Shatters, pieces
Of your smile are
Everywhere I look

I love these ‘A day in the life of…’ videos. Ordinary people showing a ‘normal day’ in their life. For me, it is general interest first, but also I am always looking for those little habits in the day-to-day lives of people that maybe I can incorporate into my own life.

Colin Devroe says he is blogging for himself. He quotes Jeremy Keith, who notes that the amount of time, thought or research that goes into a post is not indicative of how well it will resonate with people. Colin goes on to say that he posts with the expectation that what he wrote will only be read by a small number of people, but that several posts he would have never thought would be of any real interest to people, in actuality turned out to be quite popular.

I love that. Because I think the really interesting blog posts are not written with the intent of garnering as much readers/viewers as possible, targeting a well-defined audience, but because someone has actually something to say (to themselves) or wants something to remember or to be remembered (archived, if you will). Writing for an intended audience is just marketing. It takes the heart away. 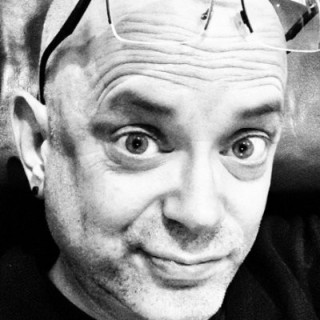 Most viewed on Twan is Here

Check out the neighborhood